How should I put the underwear on the baby?

So you bought a piece of clothing for a newborn baby but now you keep wondering "How should it be worn by the baby", and "How should I use it properly?" Do you have doubts? Since this is the first time, it is only natural. Allow us to provide some introductory information about the proper way for how "underwear" should be worn by babies every day.

Babies' bodies do not have yet the capability to regulate their body's temperature as it is not yet fully developed, although they do have as many sweat glands as adults. That is why they sweat a lot! To make these babies as comfortable as possible, it is recommended to use a double layer by putting the combination underwear (which serves to maintain the temperature) on top of the short underwear (which is used to absorb the sweat) to make sure that the baby's skin will remain clean.

How to dress and undress the baby gently 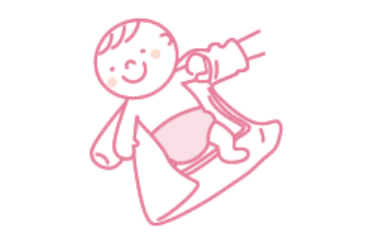 New moms and dads can wait for the birth of a cute baby while imagining how they will be changing the baby while doing a sort of image training in their heads.

Back to Pregnancy, Childbirth top